Why I love London 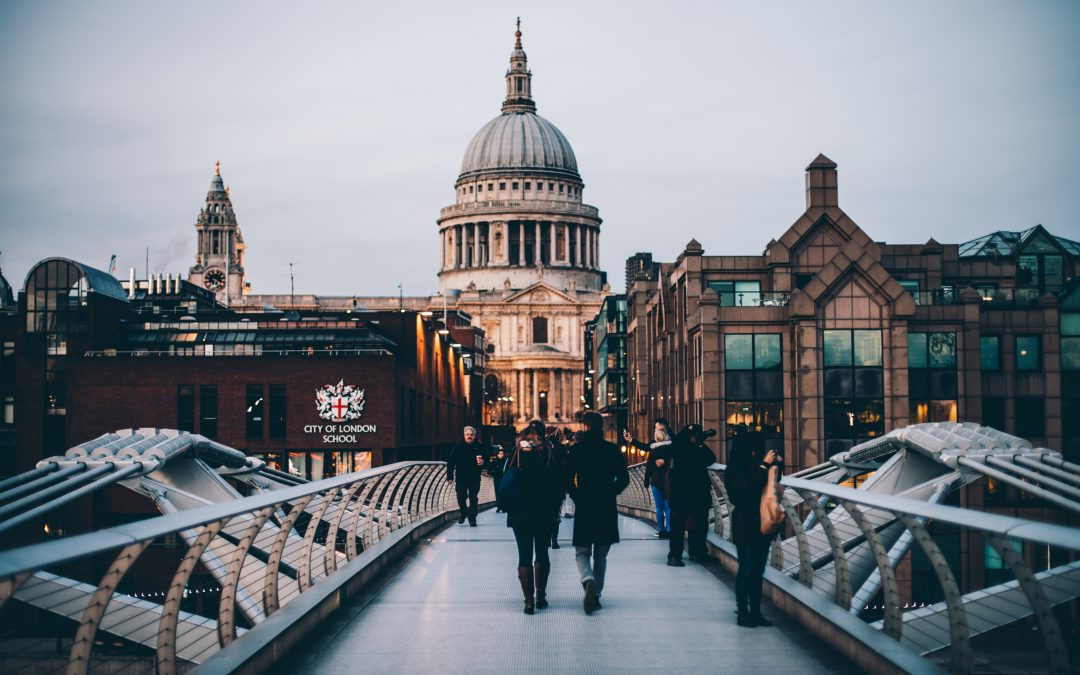 Today I have been reflecting about what I love about London. I grew up in a small village, surrounded by green fields and London was always the ‘big smoke’ – a big, chaotic place, full of hussle and bussle, somewhere exhausting and far away. When I started working, I started going up to London a bit more often, for social occasions or to visit friends, but I still felt very much of an outsider, a country girl a bit out of her depth. I moved to London eleven years ago and I remember that day really clearly – on the tube (standing on the left side of the elevator with people tutting at me!). A few months later my boyfriend gently suggested that maybe I didn’t need my car anymore. Now if anyone had told seventeen year old me that I would one day willingly give up my car – I would never have believed them – having a car represented freedom and independence, always very high on my list of important things. But now I had access to regular transport – several different kinds of it – which was quite a novelty!

I have lived in a few different parts of both West and East London and I love that each area of London has its own unique identity, style and vibe, not to mention how much the architecture, scenery and atmosphere changes as you move from area to area. There really are more different types of restaurant, music, cultural events and spaces than you can possibly imagine and they lead directly into the very best thing about London and that is the people. I remember growing up reading a lot of comments about how unfriendly big cities are and how nobody talks to anyone in London, and whilst you don’t get much chit-chat between random strangers here, there is a sense of community here that I really appreciate. If you stumble or drop something, there is always someone there to offer a hand, if you are lost then someone will usually slow down and ask you if you need directions and people do communicate – just not normally very overtly!

Last week I was having tea with a friend in the Southbank Centre – it was a gloriously sunny day and a graduation ceremony was happening right next door. There is nothing quite like seeing so many beaming faces – of every colour, shape and size – surrounded by proud family and friends, to make you feel sure that there is hope for the world.

A few weeks ago, some seriously disturbed people took it upon themselves to drive a truck into pedestrians and then get out and start stabbing them. I avoid posting anything remotely controversial on Facebook, but I was moved to share how I was feeling about an attack so close to home.

I usually feel terrible sadness, disbelief and shock when watching scenes of panic and confusion. It is terrifying to imagine being caught up in such terrible events or sitting at home frantically trying to contact loved ones. Last night and today I also felt anger. This time I have been watching images of streets and places I know well. I pass through London Bridge station almost every day. The office that Andy and I share is only 5 minutes’ walk away. The place that Yonni and I have breakfast many a Sunday morning is a couple of hundred meters away. We eat regularly at the restaurant where the footage of the three men being shot was filmed from, I had a drink with a friend last week in a bar just down from the railings the armed police were creeping past when they were trying to locate the men who were stabbing innocent people, and last year I watched a football match with friends in that basement bar where the police were shouting at everyone to get down and hide. This is my London.

I woke up this morning really wanting to go to London Bridge to show our solidarity, go about our lives, have our breakfast, shout out loud, do something! But the whole area was cordoned off for the police to do their vital work and I couldn’t see what good it would do to get in their way. I watched a man being interviewed on the BBC. He was so very articulate and passionate, talking about how much he loved the melting pot of London and how, if the terrorists were offended by him flirting with handsome men and hanging out with great women, it made him feel even more determined to do exactly that! It made me want to shout out how much I love this city and its diversity. I love that when I go on the tube I see 50 different faces and hear 50 different languages. I love that we embrace so many languages, cuisines, religions, cultures and lifestyles. I love that you can be yourself in London. I hope that we continue to be an open, welcoming place to everyone who wants to live in a great and vibrant city that respects and values diversity.

I have just received a message from TFL saying that London Bridge train station will be open for business tomorrow. I am so looking forward to smiling at my fellow Londoners as we go about our business (even though I might get a few strange looks as smiling at random strangers is not really the London way!) My heart goes out to all the people who have suffered as a result of last night’s intolerant, bigoted and evil acts. In your honour and in the name of London we will keep calm and carry on. For many years I have felt like a country girl, an outsider who didn’t properly belong in this great city, but today I am standing tall and shouting out that I am a proud Londoner.

I was amazed at how many people reacted strongly to my words – many sending me private messages of support and encouragement and several saying that they were proud to know me. It was all a bit surreal as I was simply trying to express my frustration and anger, but also my resolve that it is in places like London, and all around the world, that our shared values as human being – overcome whatever differences we may have. Wherever you are in the world, reading these words, I wish you and your friends and family a great day. Please go out and shake the hand of a stranger and let’s keep our humanity alive.